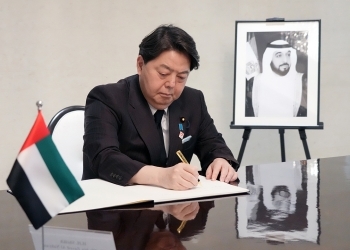 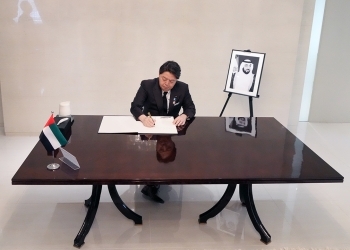 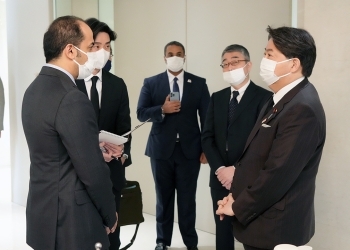 In the morning of 20 May 2022, Foreign Minister HAYASHI Yoshimasa visited the Embassy of the United Arab Emirates (UAE) in Tokyo and signed a Condolence Book in honour of President of the UAE, H.H. Sheikh Khalifa bin Zayed Al Nahyan .

After signing the Condolence Book, Minister HAYASHI talked with H.E Mr.Shihab Ahmed Al Faheem and stated that he would like to offer his deepest sympathy and heartfelt condolences to the Government and people of the UAE, and expressed his hope for the further development of the UAE under leadership of H.H. Sheikh Mohamed bin Zayed Al Nahyan, the newly inaugurated President of the UAE on the foundation the late former President H.H Sheikh Khalifa established.