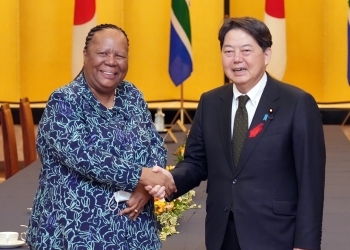 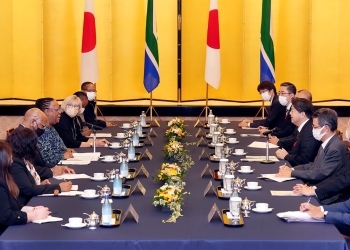 On October 13, commencing at 6:10 p.m., Mr. HAYASHI Yoshimasa, Minister for Foreign Affairs of Japan, held bilateral talks and a working dinner with the Honourable Dr. Naledi PANDOR, Minister of International Relations and Cooperation of the Republic of South Africa, who is visiting Japan, for approximately 1 hour and 40 minutes. The overview is as follows.

Intergovernmental consultations established upon the agreement of the leaders of Japan and South Africa in April 1998. The Forum involves discussions aimed at strengthening bilateral cooperative relations, through the holding of a political session with foreign-minister-level participation from both countries, as well as working-level sessions on themes such as trade and investment, development, and science and technology.