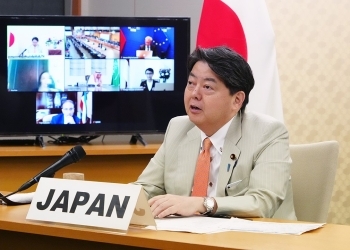 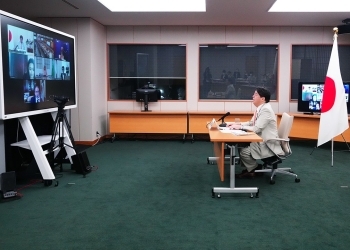 On June 24, commencing at 9:30 p.m., Mr. HAYASHI Yoshimasa, Minister for Foreign Affairs of Japan, participated online in the Ministerial Conference “Uniting for Global Food Security”, Germany, for approximately 60 minutes. The overview of the meeting is as follows.

The conference was organized by the Government of Germany, which holds the presidency of the G7 this year, and was hosted by the Minister for Foreign Affairs, Minister for Economic Cooperation and Development, and Minister of Food and Agriculture of Germany. The conference brought together ministers and representatives from key donor states, including the G7, international organizations, and the affected countries. In addition, the session on “Sustainable Agriculture and Food Systems” was attended by Mr. TAKEBE Arata, State Minister of Agriculture, Forestry and Fisheries.

(Reference 1) Members attending the meeting other than Japan