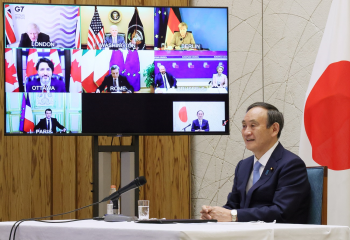 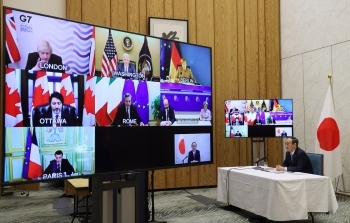 On February 19, from 11:00 p.m. for approximately 90 minutes, Prime Minister SUGA Yoshihide attended the G7 leaders’ video conference. This meeting was called for and hosted by the United Kingdom, this year’s G7 Presidency. The Leaders’ Statement（ English (PDF)

）was released after the meeting. The overview of the meeting is as follows.