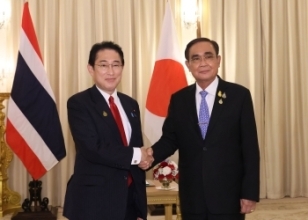 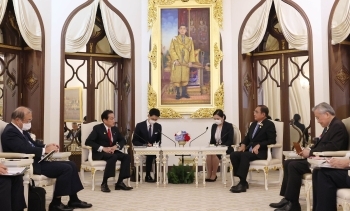 On November 17, commencing at 4:05 p.m. local time for approximately 40 minutes, Mr. KISHIDA Fumio, Prime Minister of Japan, who was on a visit to the Kingdom of Thailand to attend the APEC Economic Leaders’ Meeting, held a Summit Meeting with H.E. Mr. Prayut Chan-o-cha, Prime Minister and Minister of Defense of the Kingdom of Thailand. The summary of the meeting is as follows.