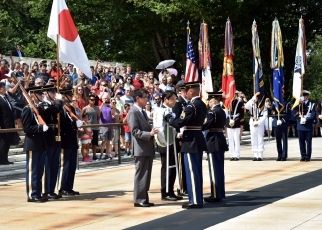 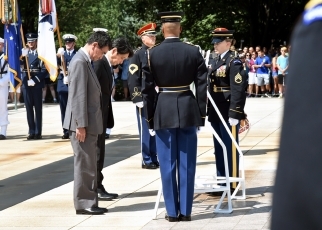 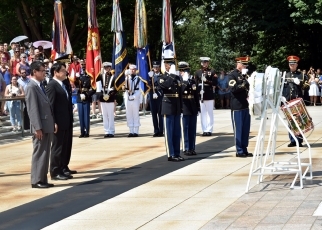 2. Foreign Minister Kono was welcomed and guided by Major General Scott Berrier, Military deputy to the director, Defense Intelligence Agency, and laid a wreath at the Tomb of the Unknown Soldier with members of each Armed Forces forming lines and the Japanese and U.S. national anthems being performed.