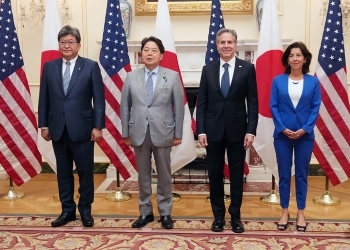 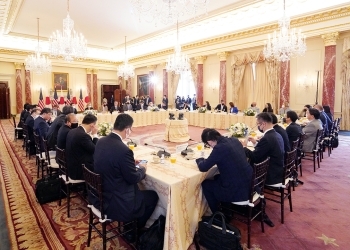 The Japan-U.S. Economic Policy Consultative Committee (the Economic "2+2") was held for about 130 minutes from 9:06 am (local time) on July 29, 2022 (22:06 Japan time). The meeting was attended by Minister for Foreign Affairs HAYASHI Yoshimasa and Minister of Economy, Trade and Industry HAGIUDA Koichi (from the Japanese side), as well as The Honorable Antony Blinken, Secretary of State of the United States of America, and The Honorable Gina Raimondo, Secretary of Commerce of the United States of America(from the U.S. side). The overview of the meeting is as follows. A joint statement (PDF)

was issued after the meeting.