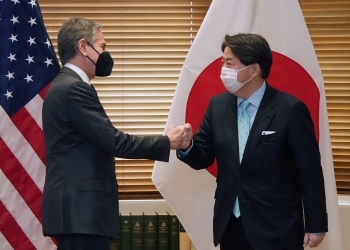 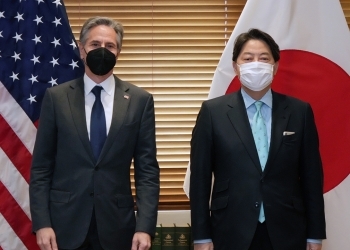 On February 11, commencing at 12:25 p.m. (local time; 10:25 a.m. on February 11, Japan time), for 55 minutes, Mr. HAYASHI Yoshimasa, Minister for Foreign Affairs of Japan, who is visiting Australia, to attend the Japan-Australia-India-U.S. Foreign Ministers’ Meeting, held a Japan-U.S. Foreign Ministers’ Meeting with the Honorable Antony Blinken, Secretary of State of the United States of America. The overview of the meeting is as follows.