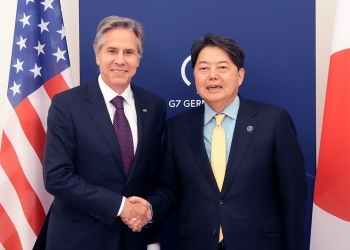 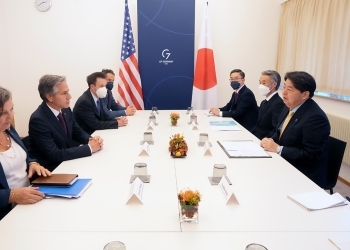 On November 4, commencing at 2:40 p.m. (local time. 10:40 p.m. on November 4, Japan time.), for approximately 30 minutes, Mr. HAYASHI Yoshimasa, Minister for Foreign Affairs of Japan, during his visit to Münster, Germany, to attend G7 Foreign Ministers’ Meeting, held a meeting with the Honorable Antony Blinken, Secretary of State of the United States of America. The overview of the meeting is as follows.