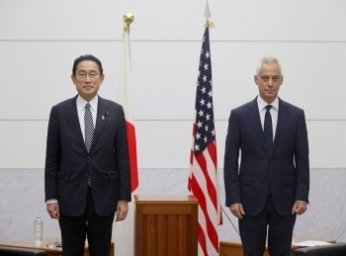 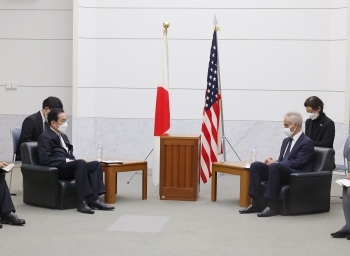 On March 26, during his visit to Hiroshima, commencing at 15:40 p.m., for approximately 30 minutes, Mr. KISHIDA Fumio, Prime Minister of Japan, received a courtesy call from the Honorable Rahm Emanuel, Ambassador of the United States to Japan, and had discussions over dinner, which was joined by their spouses. The overview is as follows.