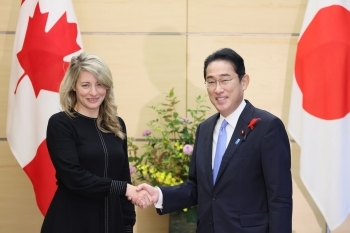 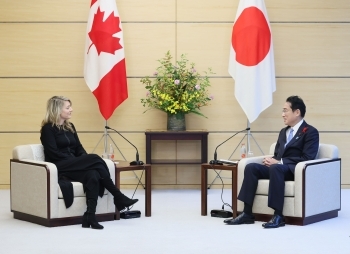 On October 13, commencing at 10:10 a.m., for approximately 20 minutes, Mr. KISHIDA Fumio, Prime Minister of Japan, received a courtesy call from the Honourable Mélanie Joly, Minister of Foreign Affairs of Canada. The overview of the meeting is as follows.