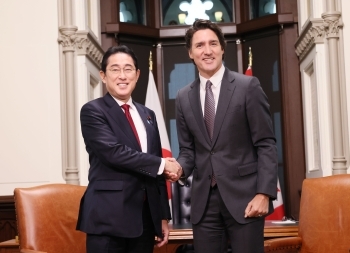 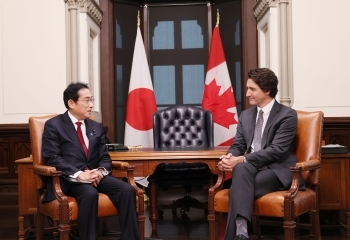 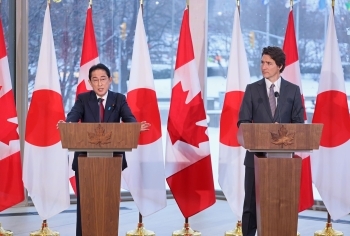 On January 12, commencing at 11:30 am (local time; January 13, 1:30 am Japan Time), for 75 minutes, Mr. KISHIDA Fumio, Prime Minister of Japan, held a summit meeting with the Right Honourable Justin Trudeau, Prime Minister of Canada, while visiting Ottawa, Canada. The overview of the meeting is as follows.
After the summit meeting, Prime Minister Kishida attended a luncheon with business leaders hosted by Prime Minister Trudeau, where they exchanged views on the potential of economic relations between Japan and Canada in a friendly atmosphere.