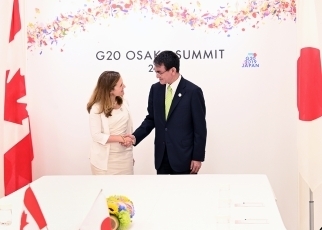 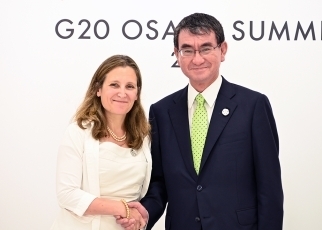 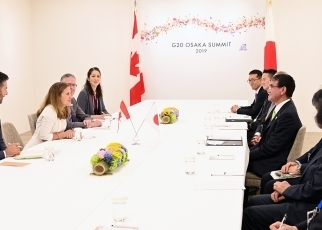 On June 29, commencing at around 10:45 a.m. for approximately 40 minutes, Mr. Taro Kono, Minister for Foreign Affairs of Japan, held a Japan-Canada Foreign Ministers’ Meeting with the Honorable Chrystia Freeland, Minister of Foreign Affairs of Canada, during her visit to Japan for the G20 Osaka Summit. The overview of the meeting is as follows.