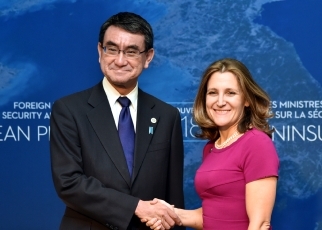 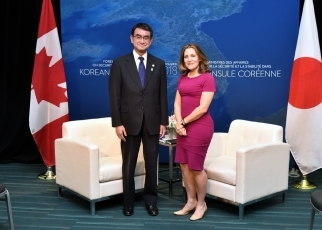 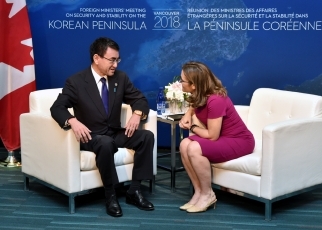 On January 15, commencing at shortly after 6 p.m. (shortly after 11 a.m. on January 16, Japan time) for approximately 35 minutes, Mr. Taro Kono, Minister for Foreign Affairs, who is visiting Vancouver to attend a foreign ministers’ meeting on North Korea, held a Japan-Canada Foreign Ministers’ Meeting with the Honourable Christia Freeland, Minister of Foreign Affairs of Canada. The overview of the meeting is as follows.