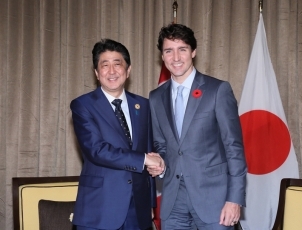 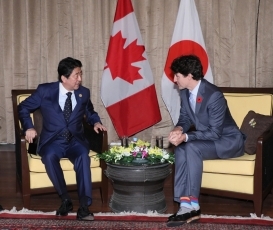 As for TPP 11, an agreement in principle has been made at a TPP ministerial meeting on the 9th; however Prime Minister Trudeau said at the summit meeting with Japan that Canada was not yet at the stage where it could confirm, at the leader’s level, the agreement reached among ministers. Consequently, the TPP leaders’ meeting was postponed.

(Note)The TPP ministerial meeting was rearranged in the evening of the 10th, and the TPP 11 ministers reconfirmed the agreement.