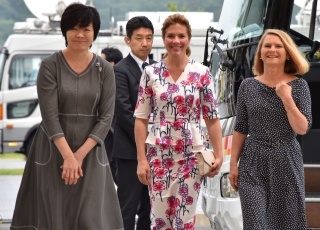 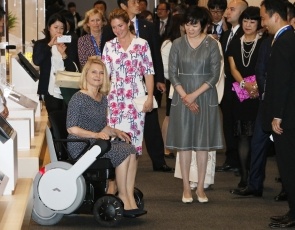 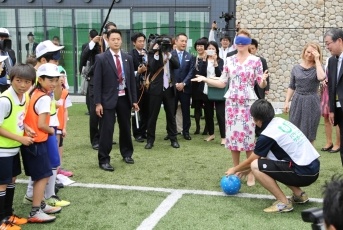 1. Spouses of G7 leaders paid a visit to the International Media Center (IMC). Having visited its Japan Exhibition and Mie Information Center, they deepened their understanding on the technology and traditional arts of Japan and Mie. Furthermore, they participated in a workshop of bamboo crafting, after which they visited a Paralympic sports event.

2. Throughout the two-day programme, the spouses became more acquainted with one another in a relaxed atmosphere, experiencing the beautiful nature and rich culture of Japan, as well as enjoying cuisine prepared from the wide variety of foods produced in Mie.