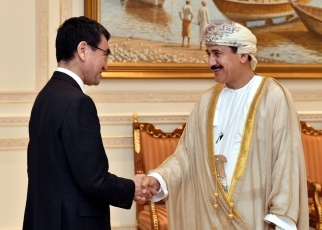 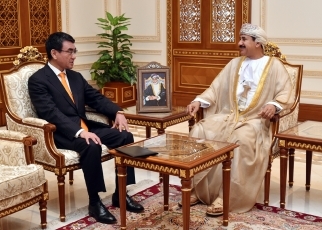 On Wednesday, December 27, from 10:35 (local time) for approximately 35 minutes, Mr. Taro Kano, Minister for Foreign Affairs, who is visiting Muscat, Oman, held a meeting with H.E. General Sultan bin Mohammed Al Numani, Minister of Royal Office of Sultanate of Oman. The overview of the meeting is as follows.

” saying that he wishes to cooperate with Oman in this regard, and Minister Numani welcomed this idea and expressed his hope that Japan would play a big role in the region.

Page Top
Back to Japan-Oman Relations