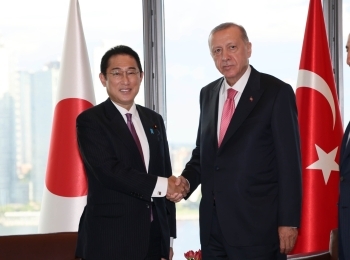 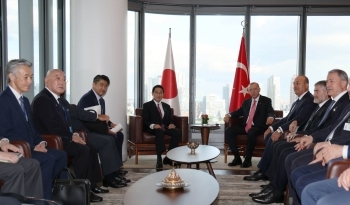 On September 20, commencing at 4:45 p.m. (local time; on September 21, at 3:45 a.m. Japan time) for approximately 40 minutes, Mr. KISHIDA Fumio, Prime Minister of Japan, held a summit meeting with H.E. Mr. Recep Tayyip ERDOĞAN, President of the Republic of Turkey, in New York during his visit to attend the 77th session of the United Nations General Assembly. The overview of the meeting is as follows.