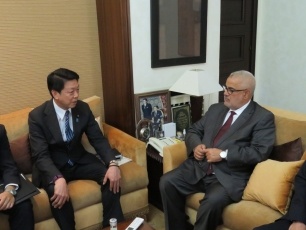 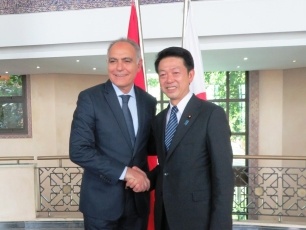 Meeting with Mr. MEZOUAR, Minister for Foreign Affairs
and Cooperation

2. Exchanging the views on bilateral issues, both parties shared the view of the importance of the strengthening of economic ties between two countries, such as the acceleration of the negotiation on bilateral investment treaty.