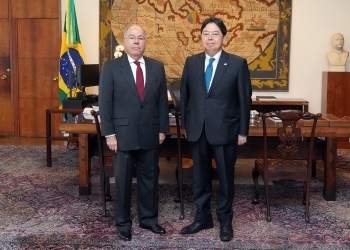 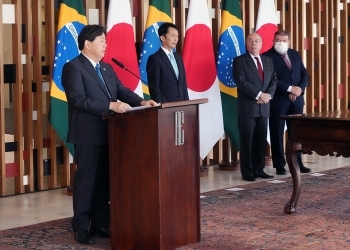 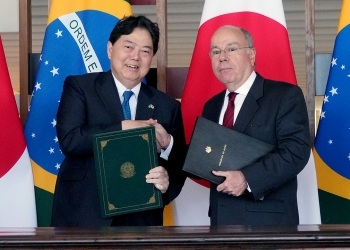 On January 9, commencing at 10:30 (local time; 22:30 on January 10 JST) for approximately 160 minutes, Mr. HAYASHI Yoshimasa, Minister for Foreign Affairs, who is visiting Brasilia, Brazil, held a Japan-Brazil Foreign Ministers’ Dialogue, which was established on the basis of the “Joint Statement on the Establishment of the Strategic and Global Partnership between Japan and Brazil” in 2014, with H.E. Mr. Mauro Vieira, Minister of Foreign Affairs of the Federative Republic of Brazil. The overview is as follows.