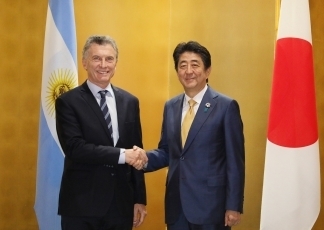 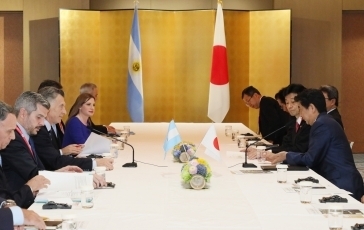 On June 27, commencing at around 2:25 p.m. for approximately 15 minutes, Mr. Shinzo Abe, Prime Minister of Japan, held a summit meeting with the H.E. Mr. Mauricio Macri, President of the Argentine Republic, during his visit to Japan to attend the G20 Osaka Summit. The overview of the meeting is as follows.

(Note) The G20 Troika refers to the current, immediate past and next presidencies.