Meeting of the Leading Group on Innovative Financing for Development 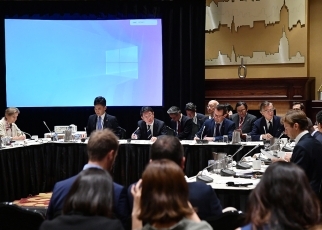 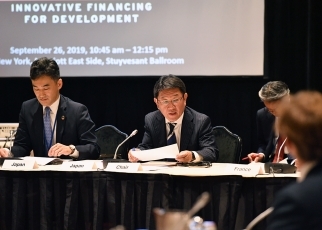 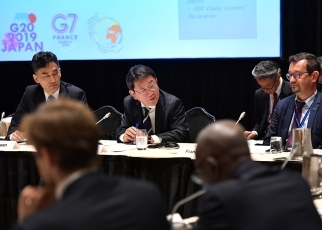 2. In his opening remarks, Mr. MOTEGI Toshimitsu, Minister for Foreign Affairs of Japan, reiterated the fact that under Japanese presidency of the G20, the G20 leaders reaffirmed the important role of innovative finance to achieve the SDGs in the G20 Osaka Leaders’ Declaration issued at the G20 Osaka Summit. In addition, he stated that in order to fill an annual funding gap of approximately 2.5 trillion dollars deemed to be necessary to achieve the SDGs, he expressed the need to increase the momentum toward further promotion of innovative financing by sharing the initiatives of each country.

3. In the meeting, there were presentations from the Organisation for Economic Co-operation and Development (OECD) and the UN Department of Economic and Social Affairs, followed by statements from Mr. Philippe Douste-Blazy, a former Minister for Foreign Affairs of France; Mr. Jean-Baptiste Lemoyne, the Minister of State attached to the Minister for Europe and Foreign Affairs of France; Mr. Gilbert F. Houngbo, President of the International Fund for Agricultural Development (IFAD), Mr. Aksel Jakobsen, State Secretary of International Development of Norway , and others about examples of initiatives by governments and institutions for a variety of innovative financing mechanisms such as blended finance, social impact investment, etc, There were also valuable exchanges of views on ways of cooperation toward the scale-up of financing.