Results Overview of the Tokyo Nutrition for Growth (N4G) Summit 2021 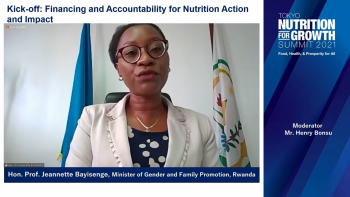 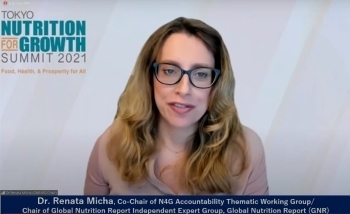 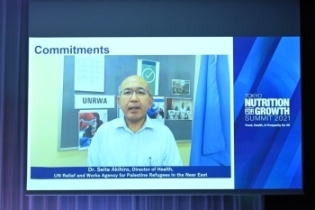 On December 7, commencing at 8 p.m. (JST) for approximately three hours, and on December 8, commencing at 7 p.m. (JST) for approximately four and half hours, the Tokyo Nutrition for Growth (N4G) Summit 2021 hosted by the Government of Japan was held in a hybrid format that combines on-site participation of domestic participants and on-line participants from overseas. From Japan, at the High Level sessions on the first day, Mr. KISHIDA Fumio, Prime Minister of Japan, introduced Japan’s actions to nutritional improvement and announced that Japan will provide nutrition-related oversea assistance, which will amount to over 300 billion Japanese yen, equivalent to more than around 2.8 billion U.S. dollars, for the next three years,and will contribute to the achievement of the Universal Health Coverage. In addition, Mr. HAYASHI Yoshimasa, Minister for Foreign Affairs, made welcome and closing remarks and Ms. SUZUKI Takako, State Minister for Foreign Affairs, wrapped up the Session 1 and the Session 2.

At the Thematic Sessions on the second day, Minister of Agriculture, Forestry and Fisheries, Mr. KANEKO Genjiro, and Minister of Health, Labour and Welfare, Mr. GOTO Shigeyuki (read by Mr. SATO Hidemichi, State Minister of Health, Labour and Welfare), made opening remarks. As the outcomes of two-day discussions at the Tokyo N4G Summit, “Tokyo Compact on Global Nutrition for Growth” was issued. The next Nutrition for Growth Summit is scheduled to be held in France in 2024.