Outcome of the COVAX AMC Summit 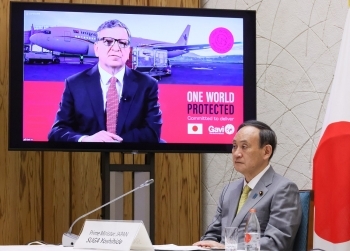 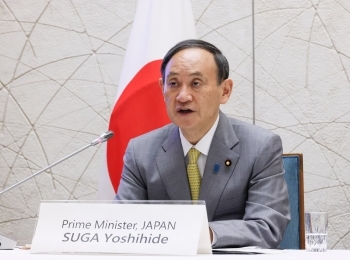 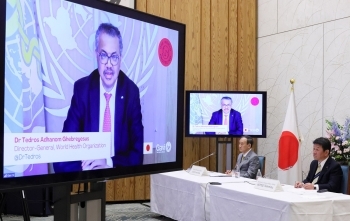 On June 2nd, commencing at 8 pm, the COVAX AMC Summit was held (virtual format) for approximately two and half hours, co-hosted by the Government of Japan and Gavi. Prime Minister Suga Yoshihide co-chaired the meeting with Mr. José Manuel Barroso, Gavi Board Chair, and Foreign Minister Motegi Toshimitsu took the role of facilitator during the Summit.

This Summit was organized to raise additional funding to secure necessary vaccines for developing countries by the end of 2021, in order to ensure through the COVAX Facility equitable access to safe, effective and quality-assured vaccines thereby overcoming the COVID-19 pandemic. Participants in the Summit include leaders and ministers from about 40 countries including the Honorable Ms. Kamala Harris, Vice President of the United States of America, and H.E. Dr. Ursula von der Leyen, President of the European Commission, as well as H.E. António Guterres, United Nations Secretary-General and other heads of international organizations such as the World Health Organization (WHO) and representatives from the civil society and the private companies such as the Bill & Melinda Gates Foundation.

Prime Minister Suga called for further solidarity and commitments from the international community in the fight against COVID-19, and expressed Japan’s full support for ensuring equitable access to safe and effective vaccines for as many people as possible with a view to achieving Universal Health Coverage guided by the principle of human security. Prime Minister Suga also explained that Japan has continuously supported the efforts by the COVAX Facility, including through its financial contribution amounting to 200 million USD and announced Japan’s additional contribution of 800 million USD. Furthermore, Prime Minister Suga expressed Japan’s intention to provide, when circumstances allow and at an appropriate time, around 30 million doses of vaccines manufactured in Japan to other countries and regions, including through the COVAX Facility.

During the Summit, many additional pledges were announced from governments and the private sector. As a result, we were able to secure well beyond the target of $8.3 billion USD to secure 1.8 billion vaccine doses to protect nearly 30 percent of the population in AMC-eligible economies.