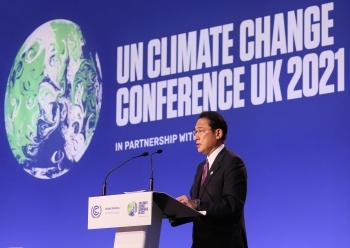 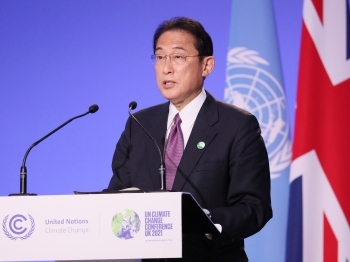 On November 2, Prime Minister Kishida attended the World Leaders Summit, which is a summit-level meeting of the COP26 (26th Session of the Conference of the Parties to the United Nations (UN) Framework Convention on Climate Change) at Glasgow, United Kingdom. The overview is as follows.
(This Leaders Summit is the first summit-level meeting after the Paris Agreement was adopted in 2015.)