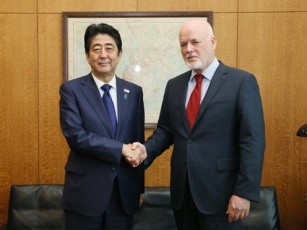 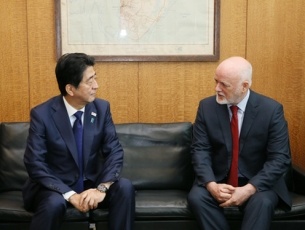 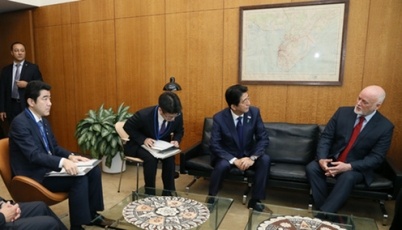 On Monday, September 19, commencing at 11:45 a.m. (New York time) for approximately 15 minutes, Mr. Shinzo Abe, Prime Minister of Japan, held a meeting with H.E. Mr. Peter Thomson, President of the 71st session of the United Nations General Assembly (UNGA). The overview of the meeting is as follows.

1. At the beginning, Prime Minister Abe congratulated President Thomson on his appointment as the President of the 71st session of the UNGA, along with explaining that he hopes to cooperate closely with President Thomson in fields such as UN Security Council (UNSC) reform, sustainable development, and the refugee issue.

2. In response, President Thomson explained that as UNGA President he intends to take steps to achieve the Agenda for Sustainable Development as a matter of the highest priority, and intends to pursue negotiations on UNSC reform while coordinating closely with member countries.