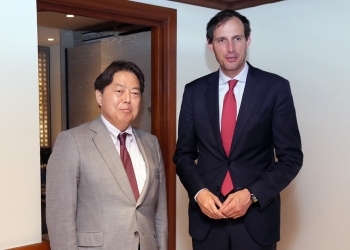 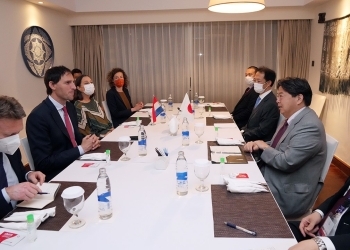 On July 7, commencing at 7:21 p.m. local time (on July 7, at 8:21 p.m. JST), for approximately one hour, Mr. HAYASHI Yoshimasa, Minister for Foreign Affairs of Japan, who is visiting Indonesia to attend the G20 Foreign and Development Ministers’ Meeting, held a working dinner with H.E. Mr. Wopke Hoekstra, Deputy Prime Minister and Foreign Minister of the Kingdom of the Netherlands. The overview is as follows.