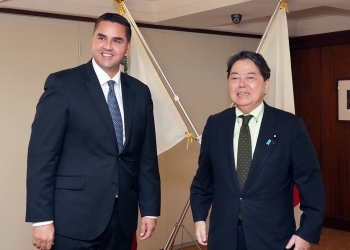 On September 19th, commencing at 15:00, Mr. HAYASHI Yoshimasa, Minister for Foreign Affairs of Japan, who is visiting New York, the United States, to attend the General Assembly of the United Nations, held a bilateral meeting with H.E. Mr. Ian BORG, Minister for Foreign and European Affairs and Trade of the Republic of Malta for approximately 30 minutes. The overview of the talk is as follows.