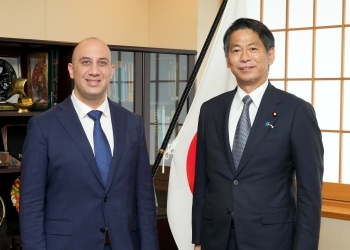 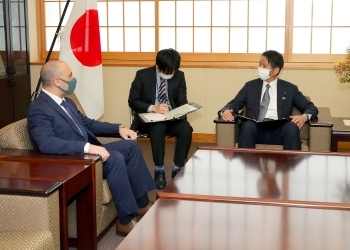 On 14 October, State Minister for Foreign Affairs YAMADA Kenji received a courtesy call by H.E. Mr. Andre SPITERI, Ambassador Extraordinary and Plenipotentiary of the Republic of Malta to Japan. The overview of the courtesy call is as follows.