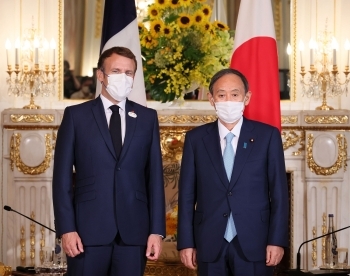 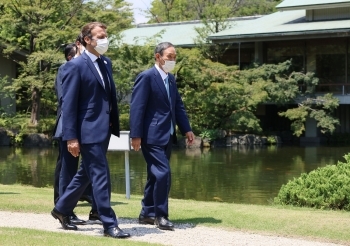 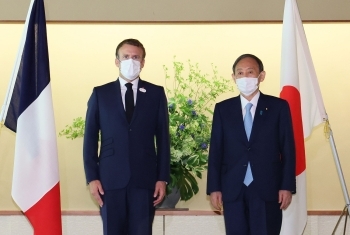 On July 24, commencing at 0:05 p.m. for approximately 15 minutes, Mr. SUGA Yoshihide, Prime Minister of Japan, held a Japan-France summit meeting with H.E. Mr. Emmanuel Macron, President of the French Republic, who is visiting Japan to attend the opening ceremony of the Tokyo Olympic Games, followed by a one-on-one luncheon meeting, commencing at 0:35 p.m. for approximately 80 minutes. The overview of the meetings is as follows. On the occasion of this summit meeting, the two leaders issued a joint statement (French) (PDF)