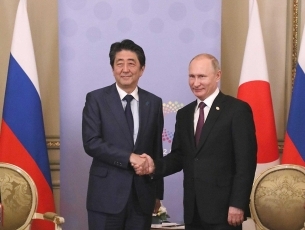 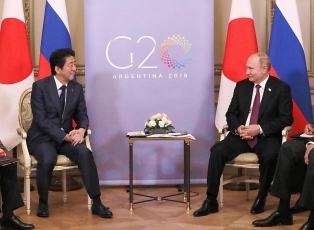 Prime Minister Abe encouraged the pursuit of ongoing cooperation on efforts to realize the joint economic activities on the Four Northern Islands and on humanitarian measures for the former island residents, including grave visits by airplane.

The two leaders shared the view that if possible, a Foreign Ministers’ Meeting will be arranged prior to Prime Minister Abe’s visit to Russia early in the new year.

2. Cooperation in the field of security

The two leaders shared the view that they will move Japan-Russia cooperation in the field of security ahead more powerfully.

Prime Minister Abe expressed concern regarding the seizure of Ukrainian naval vessels in the Kerch Strait. He also conveyed his expectation that both of the parties concerned will exhibit restraint and work towards calming down the situation, including through the early release of the vessels and crew members.