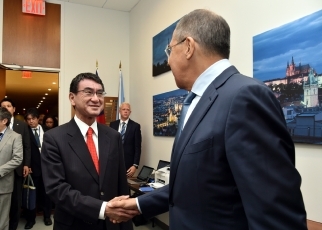 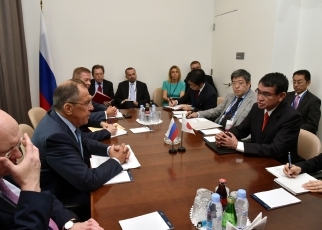 It was a fruitful meeting that contributed to preparation for a summit meeting that will be held on the occasion of the Asia-Pacific Economic Cooperation (APEC) meeting in November, and Minister Kono’s visit to Russia, which will take place in November or December.

Minister Kono strongly urged Russia, which has influence on North Korea, to encourage North Korea. In addition, the two ministers shared the view that Japan and Russia will collaborate at various levels and occasions, including the UN Security Council, with regard to this problem.

The two sides confirmed that they will materialize the agreements at the Japan-Russia Summit Meeting held on the occasion of the Eastern Economic Forum in Vladivostok.