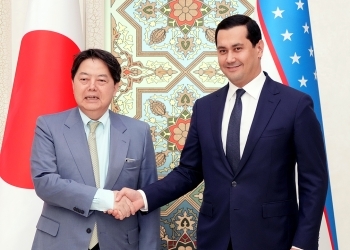 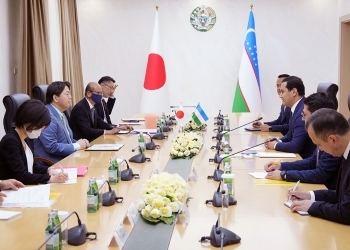 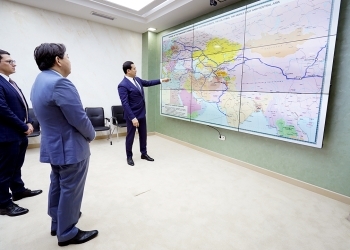 On April 29, commencing at 3:30 p.m. (local time; same day, 7:30 p.m. JST) for approximately 60 minutes, Mr. HAYASHI Yoshimasa, Minister for Foreign Affairs of Japan, who is visiting the Republic of Uzbekistan, held a meeting with H.E. Mr. Sardor UMURZAKOV, Deputy Prime-Minister and Minister of Investments and Foreign Trade of the Republic of Uzbekistan. The overview of the meeting is as follows.