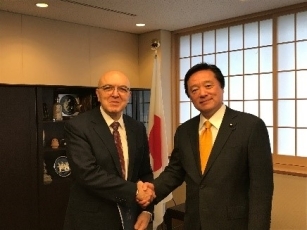 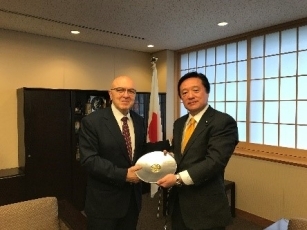 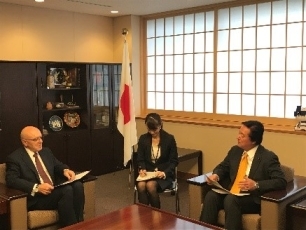 On January 28, 2020, Mr. Kenji Wakamiya, State Minister for Foreign Affairs, met with Mr. Kostas Fragogiannis, Deputy Minister for Economic Diplomacy and Openness of Ministry of Foreign Affairs of Hellenic Republic, who was visiting Japan. The overview of the meeting is as follows.

Page Top
Back to Japan-Greece Relations