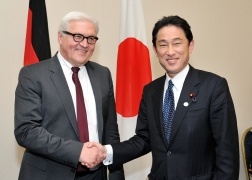 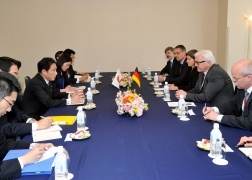 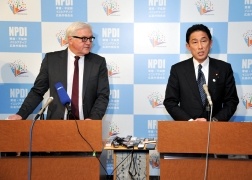 On Saturday, April 12 commencing at around 3:25 p.m. for approximately 50 minutes, Foreign Minister Fumio Kishida met with H.E. Dr. Frank-Walter Steinmeier, Federal Foreign Minister of the Federal Republic of Germany, who is currently visiting Japan in order to attend the Non-Proliferation and Disarmament Initiative (NPDI) Foreign Ministers’ Meeting in Hiroshima. The overview of the meeting is as follows.