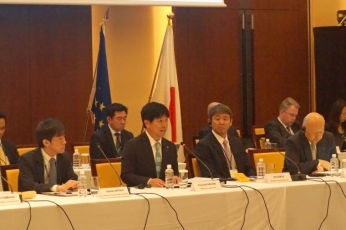 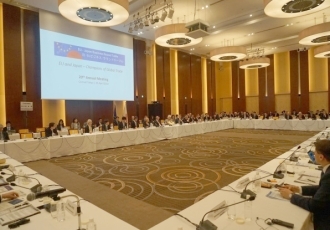 On 20 April, the Annual Meeting of the EU-Japan Business Round Table (the BRT) was held in Tokyo and Mr. Kazuyuki Nakane, State Minister for Foreign Affairs, attended the Joint Session with Authorities.