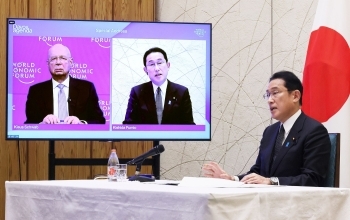 On January 18, at around 8 p.m. for approximately 40 minutes, Prime Minister Kishida attended the Davos Agenda meeting which was held online and delivered a special address. The overview of the event is as follows.