The 23rd APEC Economic Leaders’ Meeting in the Philippines 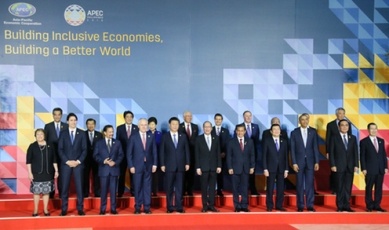 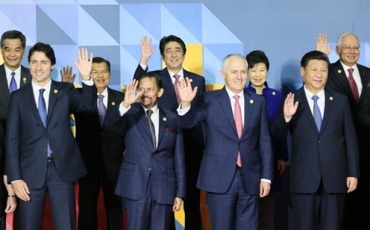 As outcomes of the meeting, the "APEC Economic Leaders' Declaration – Building Inclusive Economies, Building a Better World: A Vision for an Asia-Pacific Community,(PDF)

" , and as its annexes, "APEC Strategy for Strengthening Quality Growth (PDF)

" were released . In addition, "Statement on Supporting the Multilateral Trading System and the 10th WTO Ministerial Conference (PDF) 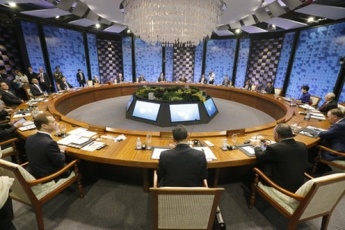 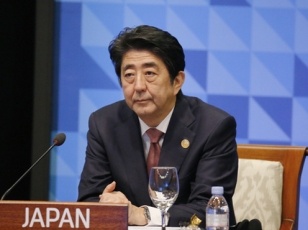 Schedule of the Leaders’ Meeting

1 Outline of the Leaders' Meeting

(a) Discussions took place on APEC Growth Strategy, supporting the multilateral trading system, the Free Trade Area of the Asia-Pacific (FTAAP), connectivity, global value chain cooperation, participation in regional and global markets by MSMEs, and cooperation in the services field.

(b) Leaders of the economies expressed their views including:

(c) The overview of the points made by Prime Minister Abe is as follows:

(b)The Leaders of the economies expressed their views including:

(c) The overview of the points made by Prime Minister Abe is as follows: 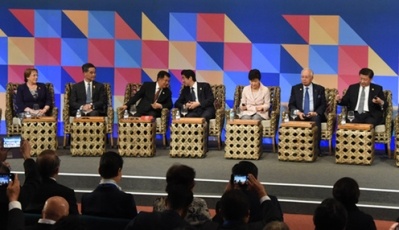 (Photo: Cabinet Public Relations Office)
A dialogue took place between APEC leaders and ABAC members from each economy. In response to a question from an ABAC member, Prime Minister Abe explained that the economic order that will be created as a result of the TPP will serve as a basis for making rules in the RCEP, and in the FTAAP ahead of that, from here on. Additionally, in connection with infrastructure finance, Prime Minister Abe explained that utilizing private-sector capital is the key to responding to increasing infrastructure demand, and alleviating risks on private-sector investment is important, and he also outlined the "Partnership for Quality Infrastructure" that he announced in May this year.

3 Informal Dialogue with the Pacific Alliance

4 Achievement of the Meeting 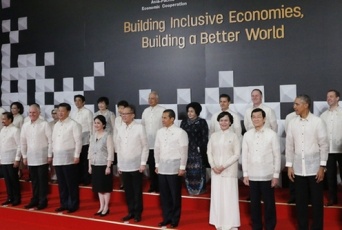