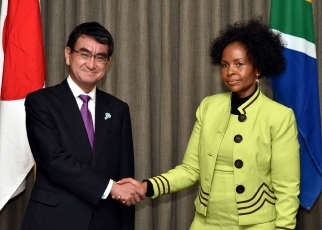 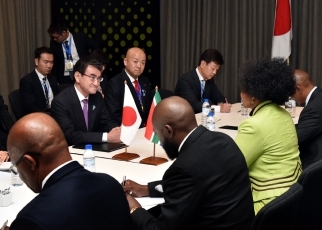 On August 24, commencing at 6:00 p.m. for approximately 40 minutes, Mr. Taro Kono, Minister for Foreign Affairs of Japan, held a foreign ministers’ meeting with Hon. Maite Nkoana-Mashabane, Minister of International Relations and Cooperation of the Republic of South Africa, during his visit to Maputo, the Republic of Mozambique, to attend the Tokyo International Conference on African Development (TICAD) Ministerial Meeting. The overview of the meeting is as follows.

1. At the outset, Minister Kono stated that he was pleased to meet with Minister Nkoana-Mashabane and expressed his gratitude for the support that South Africa provided at the time of the Great East Japan Earthquake in 2011. Moreover, Minister Kono stated that among African countries, South Africa accommodates the largest number of Japanese companies, and that he would like to further develop the bilateral relationship.

3. In addition, the two ministers exchanged views on topics such as cooperation in the international arena, including on the development of Africa.