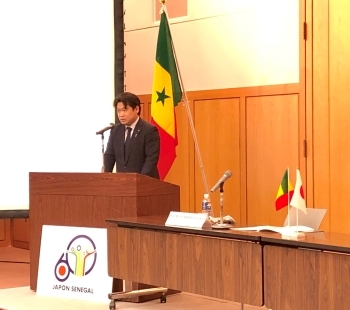 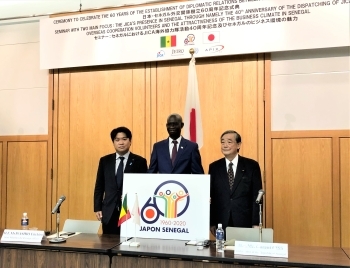 On November 18, from 3:30 to 4:20 p.m., the Embassy of the Republic of Senegal in Japan hosted a ceremony to commemorate the 60th anniversary of the establishment of diplomatic relations between Japan and Senegal, which was attended by Mr. Eiichiro Washio, State Ministers for Foreign Affairs.