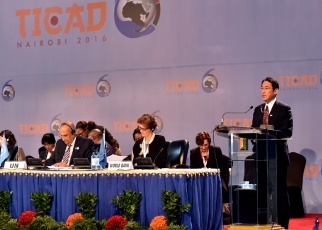 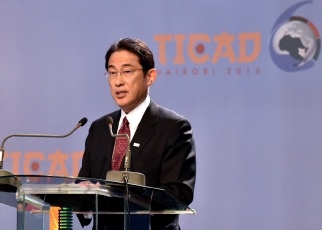 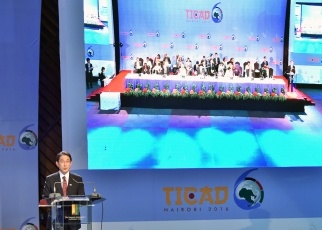 The Sixth Tokyo International Conference on African Development (TICAD VI) Ministerial Pre-Conference was held on Friday, August 26, commencing at 11:15 a.m. (local time. 5:15p.m. Japan time) . The overview of the meeting is as follows. Mr. Fumio Kishida, Minister for Foreign Affairs, attended the meeting from Japan and served as co-chair.

1 At the beginning, Amb. Dr. Amina Mohamed, Cabinet Secretary for Foreign Affairs of the Republic of Kenya made a welcoming remark. Minister Kishida stated that TICAD VI marks a historical milestone as the first TICAD to be held in Africa and that it is hoped that this Ministerial Meeting will solidify the foundation for the success of TICAD VI.

2 The content of the Nairobi Declaration has consolidated through Ministerial level discussion and was agreed to be tabled at the Summit.