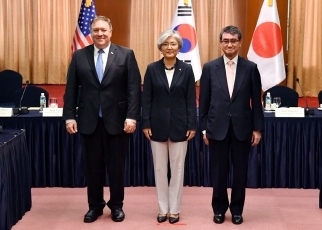 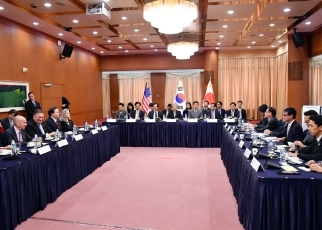 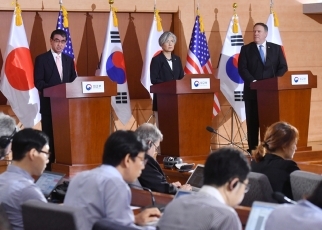 On June 14, commencing at around 10:45 a.m. for approximately 30 minutes, Mr. Taro Kono, Minister for Foreign Affairs, who was visiting the Republic of Korea (ROK), held a Japan-U.S.-ROK Foreign Ministers' Meeting with the Honorable Mike Pompeo, Secretary of State of the United States, and H.E. Dr. Kang Kyung-wha, Minister of Foreign Affairs of the ROK. The overview of the meeting is as follows.