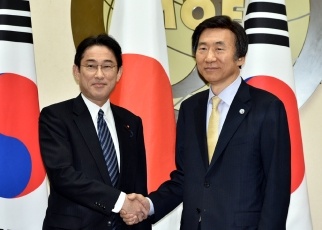 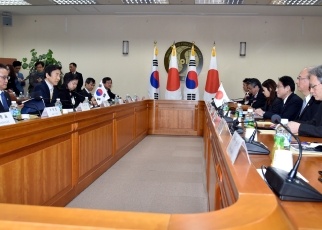 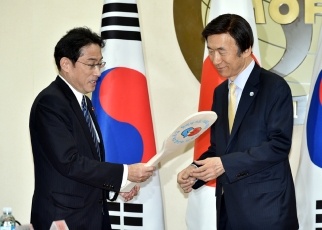 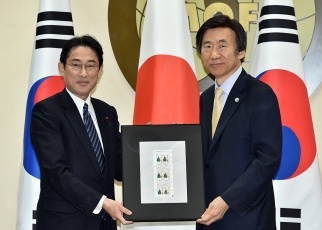 On March 21, commencing at 11:35 a.m. for approximately 90 minutes, Mr. Fumio Kishida, Minister for Foreign Affairs, held a Japan-Republic of Korea Foreign Ministers’ Meeting with Mr. Yun Byung-se, Minister of Foreign Affairs of the ROK. The overview is as follows. (The meeting was attended on the Japanese side by Mr. Koro Bessho, the Japanese Ambassador to the ROK, Mr. Shinsuke Sugiyama, Deputy Minister for Foreign Affairs, and others; and on the ROK side by Mr. Lee Kyung-soo, Deputy Minister of Foreign Affairs, and others). At the beginning, Minister Kishida presented the ROK side with a wooden spoon (“Shamoji”) from his birthplace of Hiroshima bearing the logo of the 50th anniversary of the normalization of the Japan-ROK relations in Japanese and Korean, and a stamp which is scheduled to be issued to commemorate the 50th anniversary.