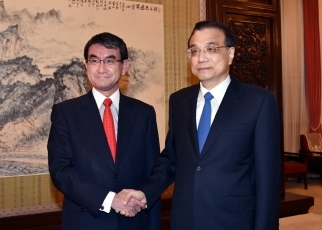 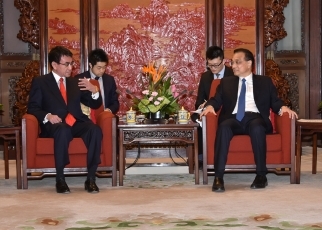 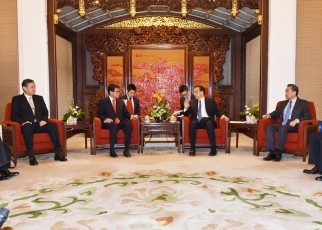 On January 28, commencing at 5 p.m. for approximately thirty minutes, Mr. Taro Kono, Minister for Foreign Affairs, who is visiting Beijing, the People's Republic of China, paid a courtesy call on State Council Premier Li Keqiang. Minister Kono met with Premier Li Keqiang for the first time since he visited Zhengzhou City, Henan Province in 2004, when Premier Li Keqiang was the Party Secretary of the province. The overview is as follows.

Minister Kono stressed that the Japanese government puts importance on Premier Li Keqiang's visit to Japan on the occasion of the Japan-China-Republic of Korea Trilateral Summit, and looks forward to realizing it at an early date. There was a positive response from Premier Li Keqiang.

Both sides shared the view that it is important to promote people-to-people exchanges and to further strengthen the complementary relationship on economic front, including the governments' supports for the interaction and cooperation between the private sectors of the two countries.